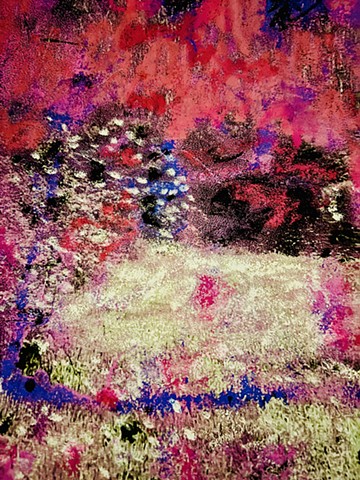 Susan Grissom is an award-winning painter, printmaker,photographer independent curator and Visual Storyteller. Working in mixed media, she incorporates gesture,texture,primitive symbolism and a strong sense of color in a modern way. One of her images has been used in a medical journal in an ad campaign with a Swedish advertising agency. Her work is in many private collections. Susan began with a strong interest in Architectural Preservation and Restoration Arts, and worked in Siena Italy on the Spannocchia Estate through the Etruscan Foundation in the early 1980’s. After Italy,she worked as a special effects painter for over two decades,working both nationally and internationally in private homes. She was the Gallery Director and curator at the former Lionheart Gallery for over a decade and curated Art Show Bedford for several years.

She keeps an art studio at Firing Circuits in Norwalk,CT She is working on a short story and archival writing collection and she offers mixed media workshops and private art lessons.