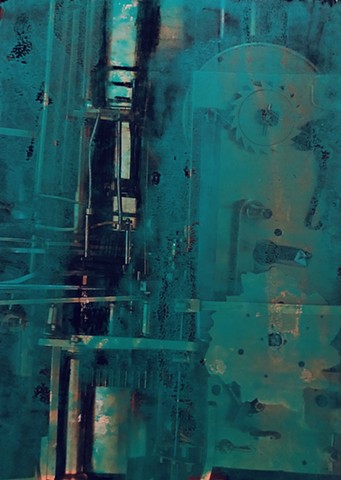 Susan Grissom is an award-winning painter, printmaker, photographer independent curator, and Visual Storyteller. Working in mixed media, she incorporates gesture, texture, primitive symbolism and a strong sense of color in a modern way. One of her images has been used in a medical journal in an ad campaign through an advertising agency in Sweden and her work is in private collections throughout the US and Europe. Susan began with a strong interest in Architectural Preservation and Restoration Arts and worked in Siena Italy on the Spannocchia Estate through the Etruscan Foundation in the early 1980’s. After Italy she worked as a decorative painter in the early 1980’s until 2007, working both nationally and internationally in private homes. She was the Gallery Director at the former Lionheart Gallery for eight years and currently has an online gallery, Paraphe.art.

Susan is currently working on a children’s book series about rabbits and writing short stories and essays, as well as working on illustrations and mixed media works. www.paraphe.art